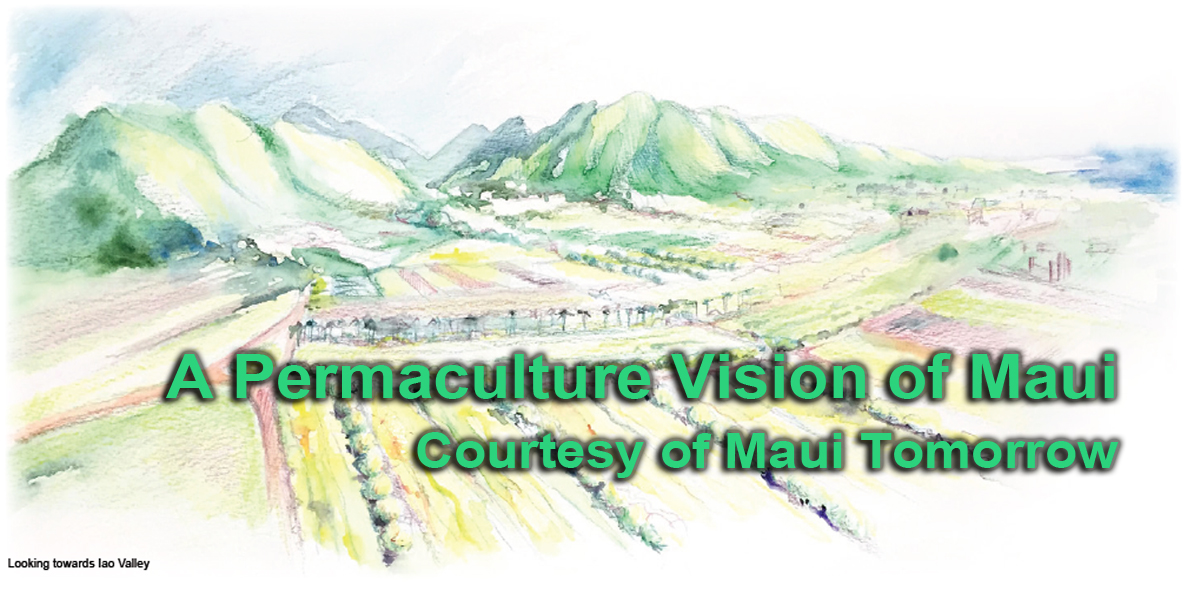 If A&B would sell the land at market value, a compelling alternative emerges: forming an island-wide Maui Farm Cooperative. Every citizen of Maui could be either a worker-member or consumer-member with voting rights, profit shares, access to healthy island-grown food, even health care.

Under the umbrella of the Maui Farm Cooperative, independently managed divisions would oversee each main business branch: livestock, treecrops, vegetable crops, agritourism, composts, marketing, distribution, irrigation, education, and so on.

Maui Tomorrow and Permaculture Designer Jenny Pell have come up with ideas and possible solutions that would not only put Maui on the map as a leader in this systemic and holistic approach to agriculture, but could also create MORE jobs than our community is losing.  View or download the 52 page report from the Maui Tomorrow website…

It’s worth noting that Maui Tomorrow and this proposal are not associated with the Community Organic Farmland Initiative that has recently held community meetings about creating a legal mechanism by with the County could force the sale of HC&S’s land.  Two separate groups, two separate initiatives, two separate paths to a somewhat similar goal.

Estimates We’ve heard for a fair market value of the land are around $130 Million. And another like sum to implement the farming. Perhaps a total of $300 Million. Is there’s an Angel out there who wants to turn this island around?
And that’s not including EMI, which is a whole other discussion to be had. What is to become of the water? Properly handled, there’s enough for everyone, but its going to require more attention to detail than what A&B has historically invested in the process.
85x11-report-FINALsmall030516