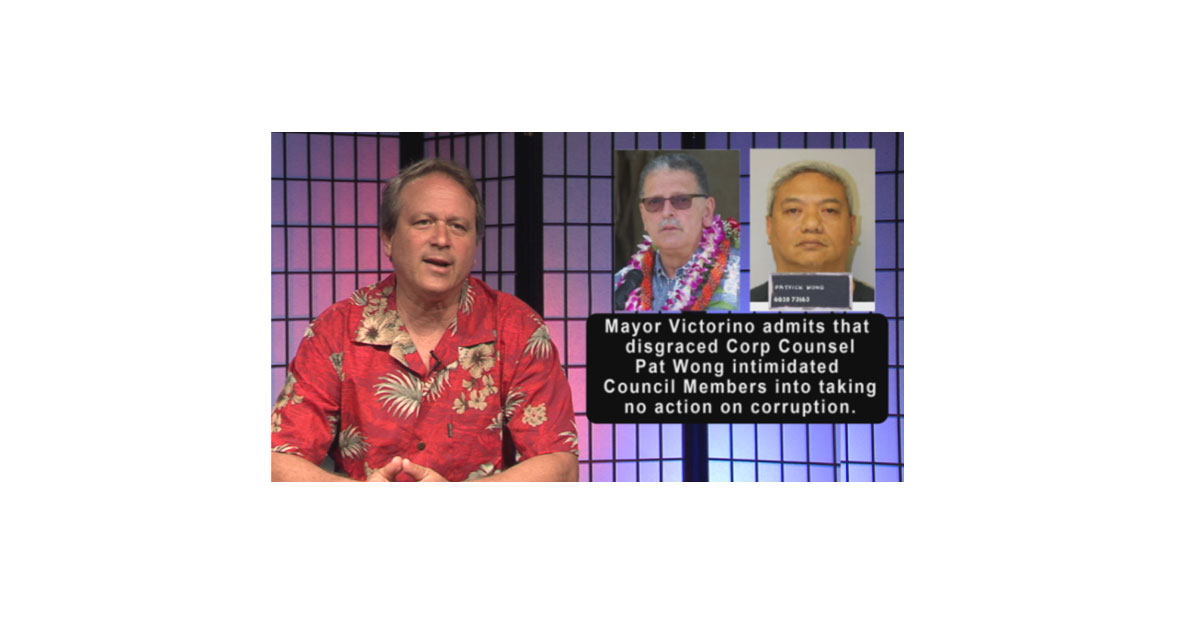 The Open Secret of Corruption – Injection Well case is only one example of manipulations.

Mayor Victorino and Corporation Counsel acknowledge that have teamed up with the Trump Administration to gut the Clean Water Act by appealing Maui’s Injection Well case to the U.S. Supreme Court. The Trump stacked court is predisposed to deregulating environmental and water protections Nationwide on behalf of the Fracking, coal and big business polluters.

How can the Maui County Council even consider voting to desecrate the values which bring hundreds of thousands of visitors to these Hawaiian Islands, the very blood of the A’ina; the very Life of the Land which can only be perpetuated in Righteousness.

There were those of us who believed Mayor Victorino’s promise to clean up the corruption he is very aware of, in Corp Counsel, Planning, and Public Works. But the Mayor hasn’t kept his word. He has caved to the corruption within his own administration.

The Mayor sent a settlement offer with secret terms to the Council to be heard in Executive Session. Mr. Mayor, People only do things in the dark, when they have something to hide.

All the Trumped-up fear-mongering concerns over private sanitation systems and insurmountable uncertainty and paperwork going forward were effectively debunked by experts in council testimony. There’s absolutely no need for Maui County to do this.

Do Maui County Council Members really want to be responsible for causing environmental destruction Nationwide by going forth with this appeal to the Supreme Court? Let’s take responsibility for our own kuliana and not prevent further harm to the A’ina on Maui and elsewhere.