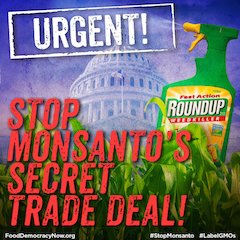 3 thoughts on “<h1>Tell the Senate to Vote NO on the Fast Track, Monsanto’s Secret Trade Deal</h1>”