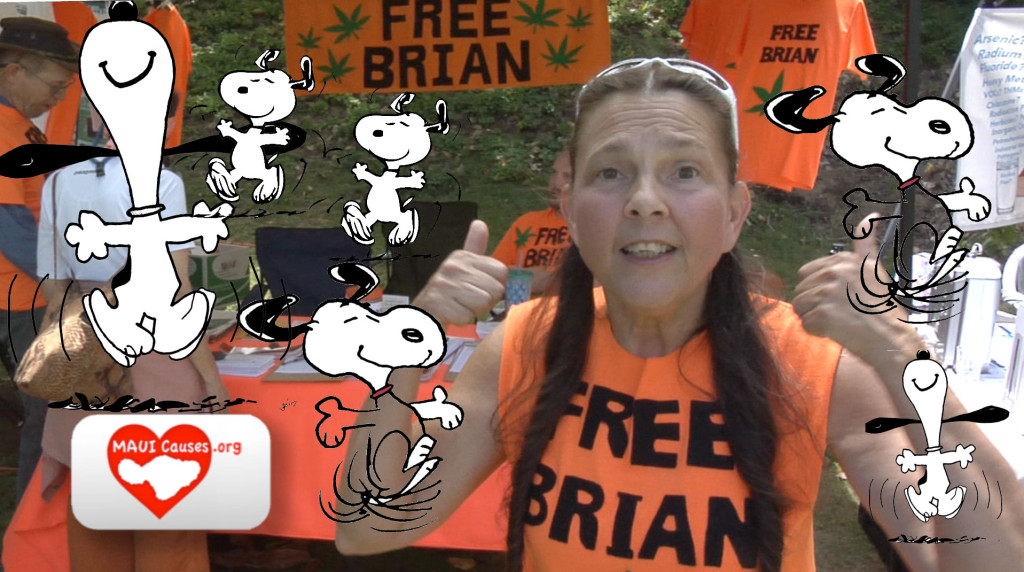 Our Question is: Were they holding Brian so he couldn’t participate in the legislative process that just created Dispensaries rather than Full On Legalization? Hawaii’s Pot Mafia protected their Billions of profits in Black Market Recreational Pot by steering the debate towards Dispensaries for Medical Marijuana that are a Financial Burden for Sick People. Now that they see the light at the end of that tunnel they could afford to release Brian???? The corruption of this state is sickening.

Brian’s hearing for early parole is this Thursday at 8:30AM at the Wailuku courthouse in Courtroom 3 (Justice Cardoza’s courtroom). We at “Justice for Brian Murphy” are guardedly optimistic that he will be released but we do not want to take the power of the people, in this case his (local) supporters for granted.

We ask you to PLEASE write the Judge a letter of support if you have not already. If you live in the islands you can still mail it in the next 24 hours and it should get to the judge before Brian’s hearing, these are important and they do matter! It does not have to be more than a few sentences; polite and supporting letters asking for his immediate release on medical and ethical grounds.

Also, Brian has asked his supporters to please attend his hearing on Thursday. Please help us pack the seats of the courthouse by coming out to support Brian! Please come out for Brian and show your support in a respectful manner to let him know you care if you are able.

Thank you so much for all your support!

(Please feel free to share the contents of this to your wall or use to email to your own friends and feel free to sign your name and remove mine.) 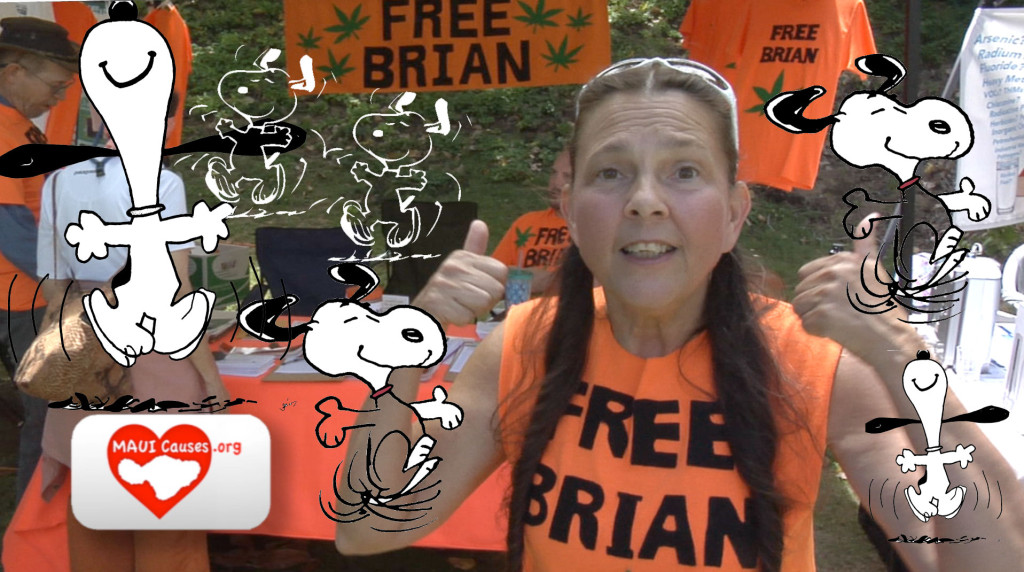 Our burial practices are generally a taboo topic. We don’t like to think about death, least of all how our burials will affect the environment. Unfortunately, burials aren’t very sustainable, so let’s talk about it.

The modern human burial process is both costly and environmentally toxic.

Surprised? Surely, you don’t want your body’s final act on earth to be further polluting the planet. So is there a better way?

Katrina Spade, founder of the Urban Death Project in Seattle, seems to think so. She believes that human bodies can be composted, just as some farmers do with livestock, at a fraction of the cost and in a way that will benefit the environment. In fact, she estimates this service would cost only about $2,500 — a fraction of the cost of a traditional burial. The idea is that the human body can be broken down into basic nutrients — like nitrogen and phosphorous — if given the proper circumstances. As it breaks down into life’s basic building blocks, the resulting compost can be used to nourish the soil and encourage new plant growth. It’s the same idea as composting fruit peels. Spade hopes to create a building with a 3 story core to accommodate grievers laying their loved ones to rest while initiating and overseeing the composting process.

It is a beautiful idea, our bodies giving life back to nature — providing the basic nutrients needed for a lavender bush to flourish or a new pine tree to spring up — but is society ready for it? There are many people who would dismiss this idea as disgusting, but infusing a corpse with toxic formaldehyde doesn’t set the bar much higher. There is also the question of heavy metals, like fillings, which would have to be removed before composting, and the question of which pathogens can survive the composting process. While this is a novel idea with real promise, there is still much research to be done and  certain criticism to be dealt with. For those interested in learning more about the Urban Death Project, you can visit the team’s recently launched Kickstarter campaign.

Does the idea of composting corpses give you the creeps? Or does it sound like a logical solution to filling graveyards, depleting soil, polluted planet, and costly burial services? Share your thoughts below! 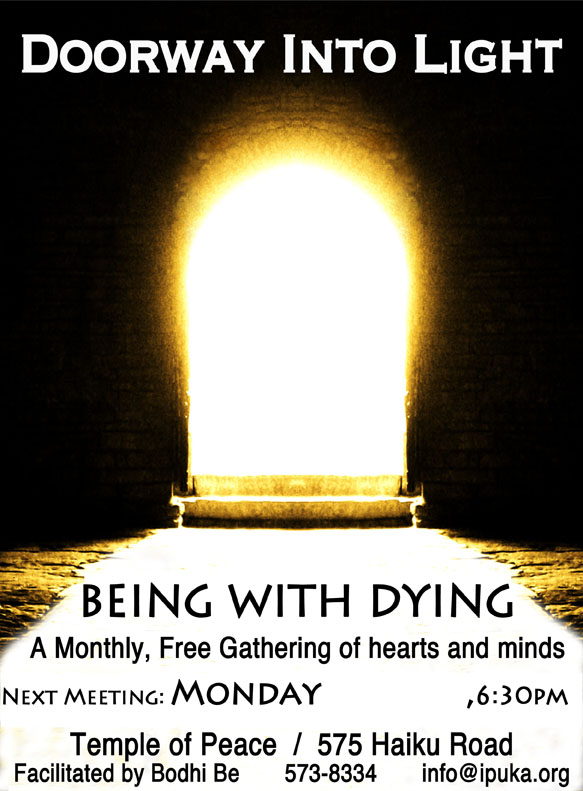 Doorway into light seeks to create on right here on Maui a Dying Center to include a conservation cemetery, crematory, school, and retreat center for those approaching death.

Visit Rev. Bodhi Be every Saturday 10 to 4 at THEDEATHSTORE, in the Pauwela Cannry 375 West Kuiaha Rd. #5
Haiku, Hawaii 96708. Rev Be offers goods and services for the dying, their families and all who may die one day. We wish to help reinvent and revolutionize the funeral home and bring it further into the commons and the cultural conversation. STOP ON BY BEFORE YOU LEAVE.