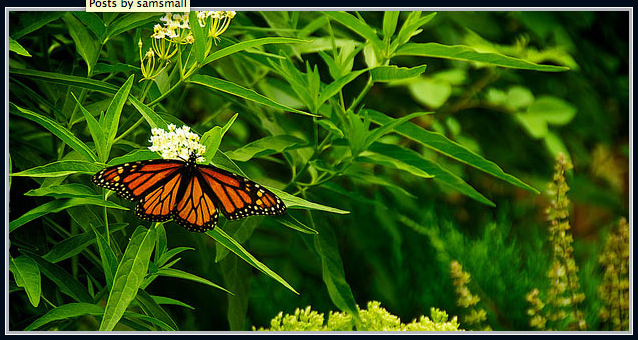 Now they say they will contribute $3.6 million over three years to the National Fish and Wildlife Foundation’s Monarch Butterfly Conservation Fund. Another $400,000 will go to universities and conservations groups trying to rescue the species.

Since around 1990, around 970 million butterflies have died off. Experts from around the world have been sounding the alarm since the very beginning. It was relatively recent that the true figures were becoming clear, with reports highlighting Monsanto’s direct role in the population meltdown.

“This report is a wake-up call. This iconic species is on the verge of extinction because of Monsanto’s Roundup Ready crop system,” the executive director for the Center for Food Safety, said Andrew Kimbrell, told RT.

RoundUp has infiltrated the groundwater supply, our bodies, and especially our pantry thanks to its major use in mega agriculture. As a result of its toxicity, it now threatens monarchs (and bees) as a whole.

Numerous monarch research groups are furious over the donation — an obvious PR attempt to escape ridicule over decimating the entire population.

Based on research by the Center for Food Safety, around 99% of Milkweed, essential to monarch butterfly life, have been destroyed thanks to Monsanto’s Roundup-based GMO corn and soybean crops that are prolific throughout the Midwest.  Milkweed is the only plants monarchs lay their eggs on to feed their larvae. The disappearance of milkweed thanks to Roundup is at the absolute center of the monarch collapse.

“Glyphosate has wiped out the milkweed they need to survive,” Sylvia Fallon, a senior scientist at NRDC, said at the time. “EPA completely ignored the impact on monarchs when it granted this new approval, and seriously underestimated the toxicity for people.”

The Center for Biological Diversity, the Center for Food Safety and the Xerces Society for Invertebrate Conservation have petitioned the US Fish and Wildlife Service to list the subspecies of monarch (Danaus plexippus plexippus) as endangered.

Yet we continue to allow Monsanto to sell Roundup with zero boundaries, even after the latest World Health Organization report that classified the toxic herbicide as a substance that is likely to cause cancer.  When will it stop?